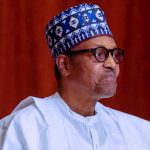 On January 1, the President Muhammadu Buhari broke the New Year's revelry with an appeal to all Nigerians.

Unusually, he chose to buy the front pages of most Nigerian newspapers. Your government was never known to throw money into the media through advertising. Anyone familiar with media buying could say that the engaging January 1 announcements were deliberate and strategic, hoping to attract Nigerians earlier this year.

In it, he highlighted his many accomplishments and swore that he would not submit to any elected office in 2023. Achievements that many find insufficient, given the plethora of challenges facing the country.

By 2023, Buhari would have executed his full circle of two eight-year terms as president of an emerging democracy. It is obvious that he is constitutionally barred from seeking the highest office in the country, except those who support him seek a third mandate forced by other means.

In fact, you have the next three years to write your name in gold. How would he be remembered after eight years in the saddle? What an impact it would have had on the lives of Nigerians who watched him fight repeatedly before emerging as president after three attempts.

Buhari has a date with the story, which is why this piece should be placed in proper context or perspective. He belongs to a tribe of leaders that renowned Nobel laureate Professor Wole Soyinka once described as a wasted generation. As Buhari prepares to retire in 2023, young Nigerians wonder what legacies he would bequeath to his own generation.

In the colonial era, young Nigerians led the struggle for independence. Already in 1944, Nmandi Azikiwe, still in his 30s, founded the National Council of Nigeria and Cameroon (NCNC). Meanwhile, Obafemi Awolowo, Tafawa Belawa, Ahmadu Bello and Samuel Akintola, among many others aged 20 to 30, have gained prominence through activism.

After independence in 1960, however, this trend began to dissipate. The golden age was not replaced by new youth leaders, and in the 1980s there were only a few politicians under 40.

One lasting legacy Buhari must seek to install, if he wants history to be kind to him, is the strategic placement of young people in his government. While it can be argued that under him, Nigeria's political space has been opened by legislation for young Nigerians to aspire to the highest office in the country, lowering age restrictions, their government cannot be proud to deliberately accommodate young people.

The President must therefore find the will and the right temperament to actively engage in succession planning, rather than his very pretentious willingness not to influence the dispute for political leadership in the country. He would ignore, for the danger of the country, the fact that young Nigerians represented by far the future of the nation. Despite being accused of labeling them lazy young people, the world admits that the growing population and brilliance of Nigeria's young generation is a real power bloc and agent of change if properly harnessed.

Referring to the Nigerian youth policy document, which defines young people as 18-35 year olds, nearly 70% of Nigeria's 200 million population is under 35 years old. Unfortunately, a disproportionate number can be found in the corridors of power. In fact, while the average age of the country is only 18, according to the United Nations, the country's political space is dominated by older politicians.

The acclaimed giant of Africa cannot afford to continue groping in the dark and wait for an accidental miracle. He must deliberately prepare his future leaders to guide Nigeria on the path to fundamental growth and sustainable development. Buhari, therefore, has a costly task to help create a conducive political environment that builds visionary leaders by encouraging the brightest minds who are altruistic and ready to sacrifice their time, effort, and resources in the pursuit of a great nation.

Buhari must realize that his reelection gives him another great opportunity to correct some mistakes and lay the foundations for a united and prosperous nation. He must do well to reconnect with young Nigerians, many of whom feel alienated by his many denunciations of the younger generation's commitment to the welfare of the Nigerian project.

This initiative will not only align with the nation's climate, but will also reassure, reconnect, and restore confidence in the population, especially the dominant young population. If the president were paying close attention, he would long realize that young people are basically advocating a government that takes advantage of our diversity and demographics to the great advantage. They are simply challenging the Buhari government to restore confidence in the unity of the country, involving all stakeholders, without prejudice of ethnicity, religion, gender and age, with the ultimate goal of building a great nation at all levels of government.

In 2023, one sector that the president must pay attention to is education, especially institutions established and managed by the government. As a young man, I attended one of Nigeria's most diverse and prestigious high schools, Kings College, where we had home teachers from all the major tribes of Nigeria. I can attest to the fact that these men worked diligently to raise the best and brightest young people today. I believe the future still has bright prospects where students from other African countries will rush to experience new and new educational standards in Nigeria's public institutions.

The other critical sector that requires serious Buhari government intervention is the health sector. By global standards, the country performs poorly on almost all measurement scales. From maternal mortality to childhood illness, concerns remain about the extent to which the country is reaching safe heights.

Buhari and his team should appreciate, therefore, that the length of his paternity letter to the country will be of nothing if his administration's achievements do not help to enlist the country in a respectable position on the Human Development Index (HDI). The Nigerian government must vigorously exploit the potent creative energy of young Nigerians. It would be foolish not to recognize that they continue to be a rich source of innovative ideas, and undoubtedly throughout history have participated, contributed and even catalyzed major changes in Nigeria's political systems, power-sharing dynamics and economic opportunity.

Indeed, young Nigerians have demonstrated the potential of building bridges between communities by working together, helping to manage conflict and promoting peace. I have no doubt that they are more than ready and ready to be elected to office by 2023, even in the face of issues such as the high cost of political campaigns and the obstacle of "old-fashioned" networks.

But there are numerous advantages to having young people in decision-making positions, including the formulation and implementation of policies that reflect the aspirations of the generation.

The effects of exclusion outweigh its advantages as several research findings have shown that lack of inclusion in the governance process is largely responsible for youth involvement in violent extremism and other addictions throughout Nigeria.

There is overwhelming evidence that young Nigerians are poised for the 4th industrial revolution, which will be marked by advances in emerging technologies in areas such as robotics, artificial intelligence, nanotechnology, quantum computing, biotechnology, the internet of things, the industrial internet of things. (IIoT), decentralized consensus, fifth generation (5G) wireless technologies, 3D printing and fully autonomous vehicles.