Wednesday, May 3, 1995, was supposed to be a peaceful day in Sarajevo, surrounded by 12-year-old Dzemil Hodzic, as a ceasefire had been declared.

It was a sunny day and without shots or shots from the Serbian forces that kept the Bosnian capital under siege, the streets were full of children, eager to play outdoors and enjoy the fresh air.

But two hours later, with a single bullet, the day turned into a nightmare for Dzemil, a chilling memory etched forever in his mind.

A Serbian sniper positioned on a famous cliff called "Spicasta Stijena" killed his older brother, Amel, while he played tennis, hitting him in the chest.

The 16-year-old managed to walk about 20 meters towards his home, bleeding from the wound, before falling to the ground.

Between screams and screams, Dzemil's mother ran outside and tried toardiopulmonary resuscitation (CPR) in Amel, but he had already died on her lap.

"I could tell that she knew [at that moment] it's over, "Dzemil told Al Jazeera from his home in Doha, Qatar, where he works as a video editor.

"That day, I can say that my childhood ended, but I was not aware of it. Suddenly, I grew mentally because his death strengthened me," said Dzemil.

Dzemil Hodzic, 37, is seen in December 2019 in front of Sarajevo's infamous Holiday Inn at & # 39; Sniper Alley & # 39 ;, a street that was notoriously dangerous during the siege [Courtesy of Dzemil Hodzic]

Dzemil remembers his brother as a model, a hero and a talented artist, who used to draw portraits of his younger brother to hone his skills.

But, like all other families at the time, Dzemil's family had no means of taking photos during the brutal siege of Sarajevo that has been going on for almost four years.

Memories can fade or change easily after a while, but photographs last forever. Having just a small photo in Amel's head from that time, taken for a scholarship application, is something that has bothered Dzemil for the past 25 years.

The last photo he has of the brothers is from 1991, before the war in Bosnia started. 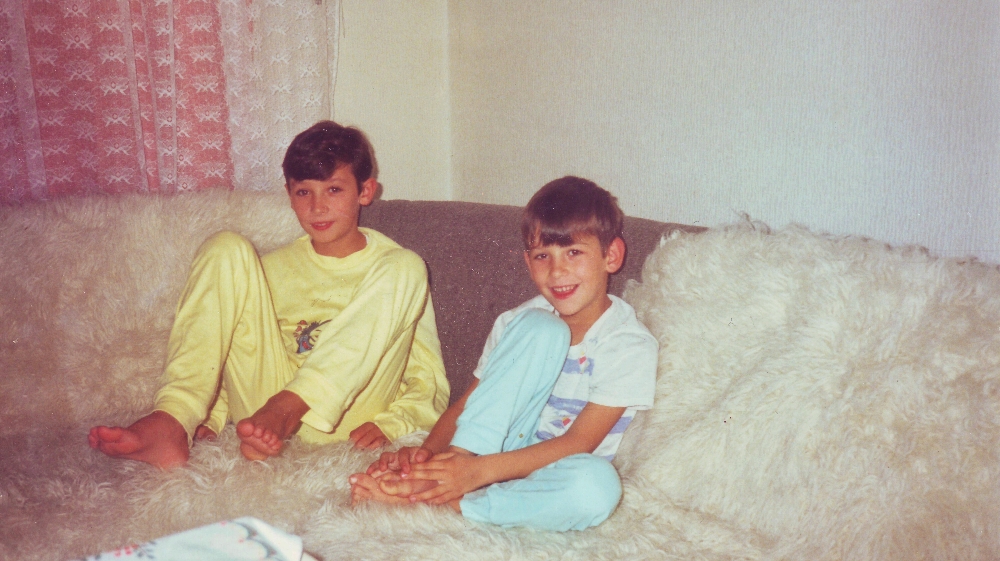 During better days: Dzemil Hodzic, on the right, and his brother Amel, on the left, circa 1991 [Courtesy of Dzemil Hodzic]

But since there were so many war photographers back then, Dzemil thought, what if someone had happened to take a picture of Amel while walking down the hill to his art school? Perhaps others are also looking for images of their loved ones?

On a mission to photograph his brother, Dzemil created the Sniper Alley website last year, which turned into an impressive archive shared by war photographers and survivors.

"I don't have photos from that period. Perhaps the most important reason why I started the project is to find a photo of him and me in that period, because I have no memories," said Dzemil. 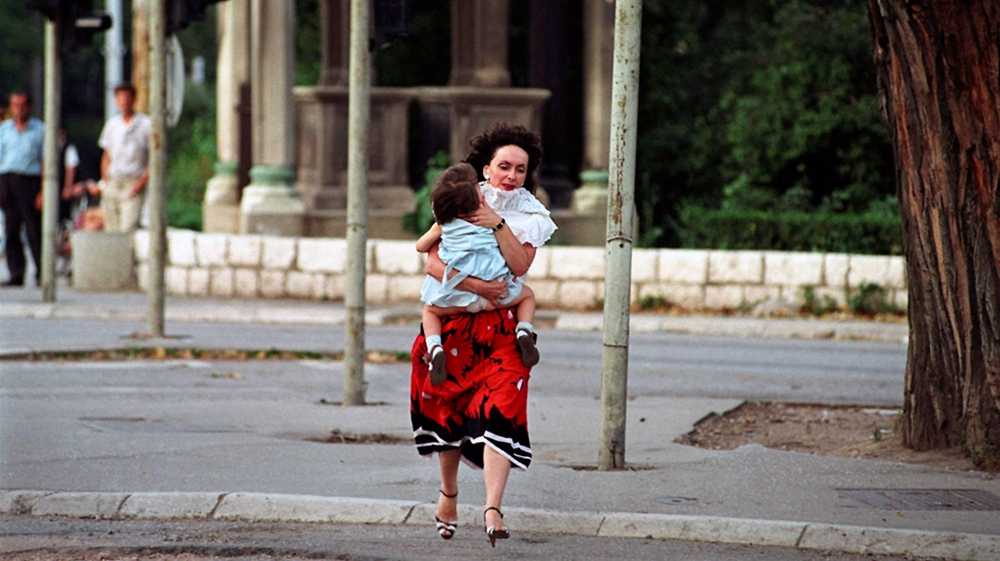 The Sniper Alley website shows photos of the daily struggle for survival of Bosnians who live under siege [File: Danilo Krstanovic]

Finding specific photos, like your brother's, can be a daunting task.

Initially, Dzemil tried to contact a German photographer attending his brother's funeral, Anja Niedringhaus, but he found that she was shot and killed in 2014 while reporting in Afghanistan.

While some photojournalists have died over the years, others are struggling with post-traumatic stress, PTSD, and may not want to talk about Bosnia, which Dzemil said he understands. It took him 25 years to talk about his experience.

Still, Dzemil hopes that some will recognize themselves or others in the photo galleries of 36 photojournalists he has collected so far, who have risked their lives to document the atrocities. 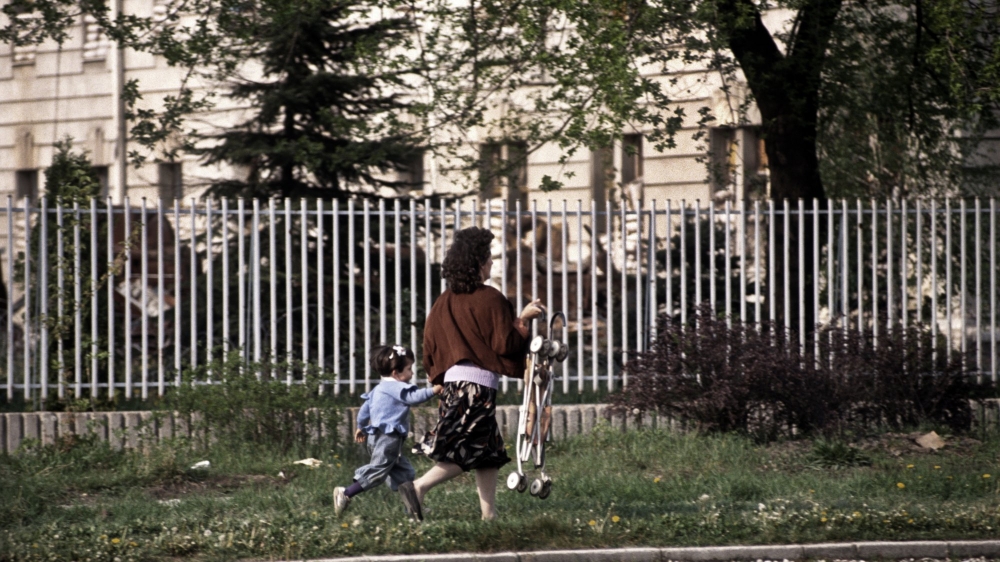 Mother and son run for their lives along the Alley of the Sniper to avoid being hit by the fire of the Serbian sniper in Sarajevo in 1995 [File: Jack Picone]

"My mission is to ensure that no one can say, 'I didn't know'," reads a quote from photographer Yannis Behrakis on the website, which pays tribute to the photojournalists who died.

Journalists, like civilians in Sarajevo, were also targeted by Serbian forces.

Australian photojournalist Jack Picone, who reported from Bosnia, told Al Jazeera that in other conflict zones journalists can take precautions and make decisions to minimize the danger.

At the Bosnian capitalhowever, this was impossible.

"The strangest thing I remember about Sarajevo was walking out of the Holiday Inn door and just not knowing if you were going to get shot in the head," said Picone. 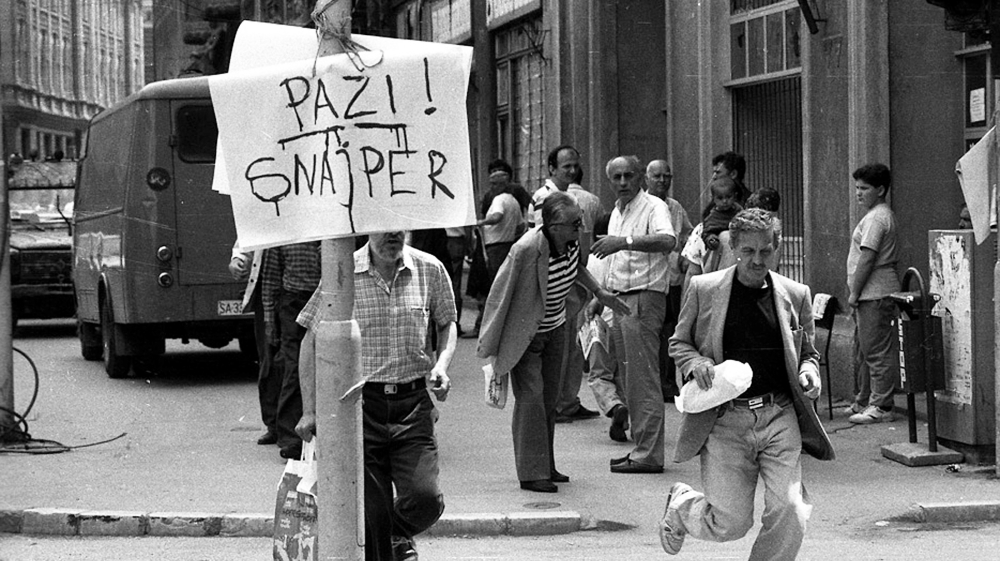 "There were snipers up there with telescopic sights and high-powered rifles. [The Serb forces] they were shooting in the valley and just catching people … It was very sick.

"There is this extreme kind of vulnerability and a kind of sinister and strange sinister about someone watching you and knowing that your life is on the index finger," said Picone.

Amid growing denials of the facts by fascists, including Serbian politicians and left-wing anti-imperialists, Dzemil's project has evolved to serve as a testament to the 44-month siege, the largest capital in modern history. 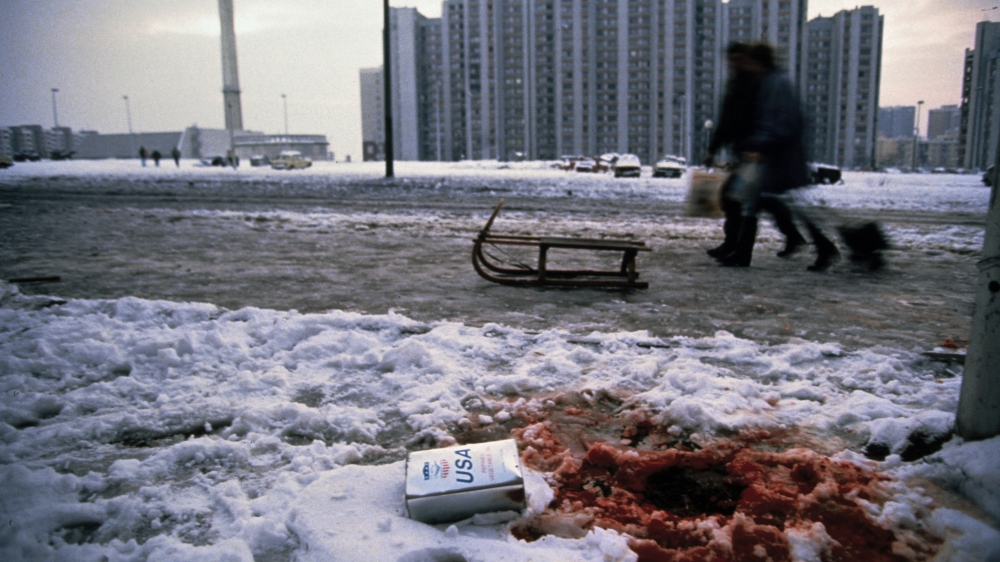 The work of Italian photographer Enrico Dagnino is among the photo collections on the Sniper Alley website [File: Enrico Dagnino]

"A camera doesn't lie. When you have a lot of pictures like that, you can't deny it in the end," said Picone.

The Sniper Alley project includes a historical account of Twitterposting photos on birthdays.

May 2-3, 1992, was a turning point in Bosnia's history, when heavily armed Serbian JNA forces attempted to overtake the Sarajevo presidency building and forced the legal government to surrender. They were stopped by civilian defenders.

What followed was more than three years of & # 39; Siege & # 39 ;. Serbs fired from the hills at the city's population, killing innocent civilians and the fighters who defended the Bosnian capital.#SarajevoUnderSiege 22/24
Photo © ️Andree Kaiser pic.twitter.com/SiwqZl2278

Dzemil said with his project that he is trying to "preserve and keep the story intact, what photojournalists have done for us.

"I do this out of love for my dead brother and all the other children who were killed," said Dzemil.

"It would be disrespectful for the victims, for the dead children and for the photojournalists, if we don't do it because they didn't do it in vain. It is important that we protect it from oblivion or distorted narratives from certain countries and ideologies." . "

In 2016, Bosnian Serbian war criminal Radovan Karadzic was convicted of genocide at the International Criminal Court of the former Yugoslavia (ICTY) and found guilty of his role in the siege.

However, the denial of the facts continues to grow. 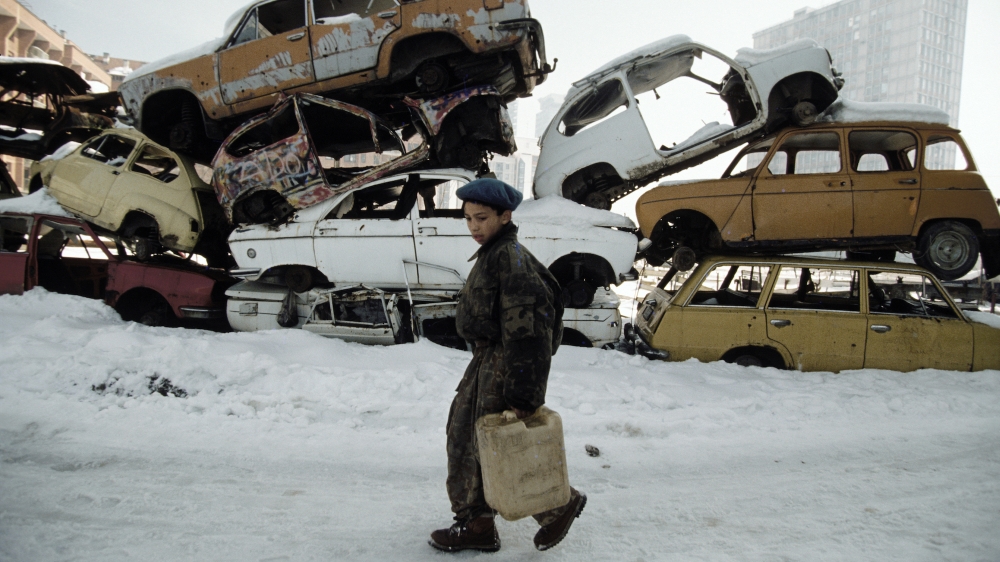 About 1,500 children were killed in Sarajevo [File: Enrico Dagnino]

In December, the Nobel Prize for Literature was mired in controversy when it was awarded to Austrian writer Peter Handke, who is widely seen as an apologist for the late Serbian President Slobodan Milosevic and a denier of the Srebrenica genocide.

Among its controversial allegations is that Bosnians carried out their own massacres in Sarajevo to blame the Serbs, a claim shared by Karadzic.

At the Karadzic trial in 2016, the ICTY concluded in its judgment that "most international witnesses present on the ground have never received any conclusive evidence that the Muslim side of Bosnia was shooting or bombing its own civilians".

Despite the ICTY's findings, Jessica Stern, a terrorism expert, published a book this year called My War Criminal on Karadzic, in which she shared similar and baseless allegations: among them, that Bosnian military leaders shot their own people during the siege Sarajevo or built scenarios that put citizens at risk.

It has been criticized by many historians and academics as a "shocking" piece of historical revisionism. The 44-month siege of Sarajevo was the longest capital in modern history [File: Enrico Dagnino]

Denial also persists in Bosnia, with Serbian Presidency member Milorad Dodik prohibition any teaching on the siege of Sarajevo and the genocide in Srebrenica, in the entity of the Republic of Bosnia Srska.

Despite the bleak news, Dzemil said the truth will prevail.

"If they lie a lot, at least I can tell the truth that much," said Dzemil.

"All these kids in the pictures, most of them are fine and have lives. So, it's a way to tell these people who were shooting at us:" Damn it … we're still here "."